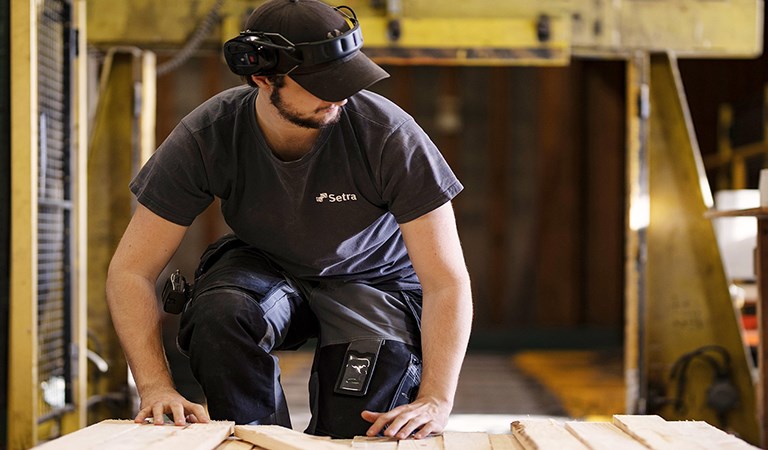 Most of our Energy Comes from Our Own Production

There are several elements in the sawmilling process which consume a lot of energy. The single largest energy consumption occurs when drying the wood. Setra's total energy consumption, which in 2016 amounted to 668 GWh, heat energy accounted for 76 percent. 99 percent of this heat energy is produced with renewable fuels, mainly bark, from our own production. The use of fossil fuels for heat production amounted to less than one percent, as diesel oil is primarily used during start-up of the boilers. 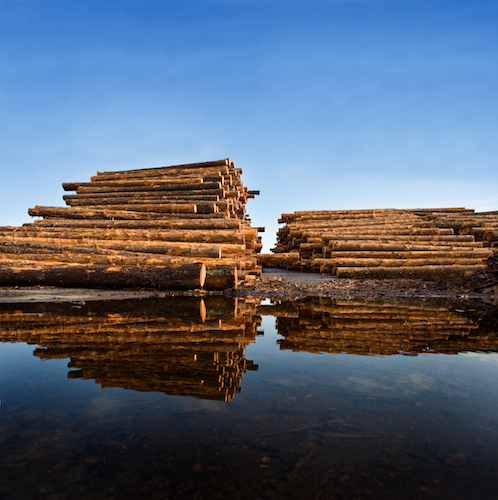 20% Reduction of Electricity Consumption by 2020

Setra's overall goal is to reduce electricity use by 20 percent by the year 2020, compared to the base year 2010. The consumption of electricity, which is calculated per cubic meter of sawn timber has decreased by 6.4 percent during the period 2010-2016. By 2020, the goal is also to cut diesel fuel consumption of trucks and machines by 15 per cent per cubic meter of sawn timber. The decrease between 2010 and 2016 was 10 percent.

The government’s increased focus on noise in the community has led to increased requirements for Setra's plants. Sawmills and planing mills are often located near communities and as towns grow, new homes are built ever closer to our business operations. Sawmill areas are often large and much of the activity takes place outdoors. To reduce noise pollution to the nearby residents, a number of noise-reducing measures are required. Today, work is underway at several of Setra's plants to reduce noise. For example, in Malå where insulation is made of more sound proofed components and in Heby, where a noise barrier is built as protection for the nearest neighbors.

Optimal Use of Raw Materials

To get the most out of the timber in the most optimal way is a key issue for Setra, both from a profitability and sustainability point of view. The purchasing of timber accounts for about 50 percent of Setra's total costs. The value of each log is optimized and we try to get a high sawing yield, ie a high volume of sawn timber in relation to the volume of raw material used. Some of Setra's sawmills specialize in sawing small logs while others saw larger dimensions, so the units can’t be directly compared to each other. The saw yield is not only affected by the log dimension, but also by the type of sawing technology and how it chooses to cut the log into boards and planks based on the final product’s economic value. The average saw yield for Setra's nine sawmills amounted to 50.2 (49.6) percent in 2016.