Three open stages in glulam will be the center of the Nobel Prize Museum's folk festival in Stockholm this autumn. The modules have been designed to be able to disassemble and move around - and inspire new ways of using streets and squares.

“Glulam is a durable material that ages nicely and is perfect for this type of semi-permanent solutions, we call them city furniture, says Daniel Byström at Design Nation, who designed the stages on behalf of the Nobel Prize Museum.

The city furniture can be found at Sergels torg in central Stockholm throughout October, where they both serve as stage for actors and musicians, sofas and playgrounds. The shape of the stages is inspired by topographical map patterns and differs from what is usually built in glulam.

“With glulam, you often work from straight beams and right angles. There is probably not a single right angle in this construction. It has been challenging to get the organic form, but together with Setra's glulam factory we were able to solve it”, says Daniel Byström.

Lasts for many years

The stages have been designed to be able to disassemble and move. When the Nobel celebrations are over, they will be relocated to Gothenburg and Nobelberget in Nacka.

“They are built to stand outside all year round and last for many years. In this type of construction, it’s a great advantage that wood is relatively light and at the same time durable. Using another material would have been too heavy or expensive”, says Daniel Byström, who hopes that more cities will discover the possibilities to furnish their streets.

“Wood is a soft element among all the hard surfaces in the city and easy to adapt to different spaces, for example a street that turns”.

On 4-11 October, the Nobel Prize Museum draws attention to the fact that this year's Nobel Laureates are announced by arranging activities around Stockholm.

The event Nobel Calling Stockholm circles around Sergels torg and the three temporary stages for music, dance and poetry. 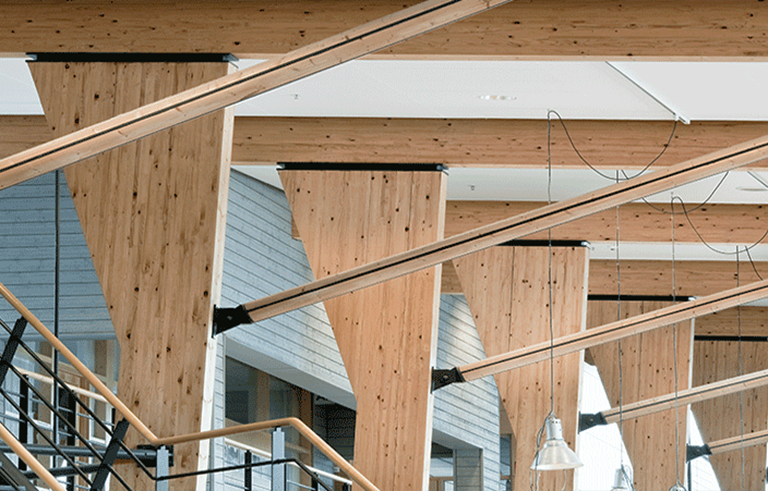