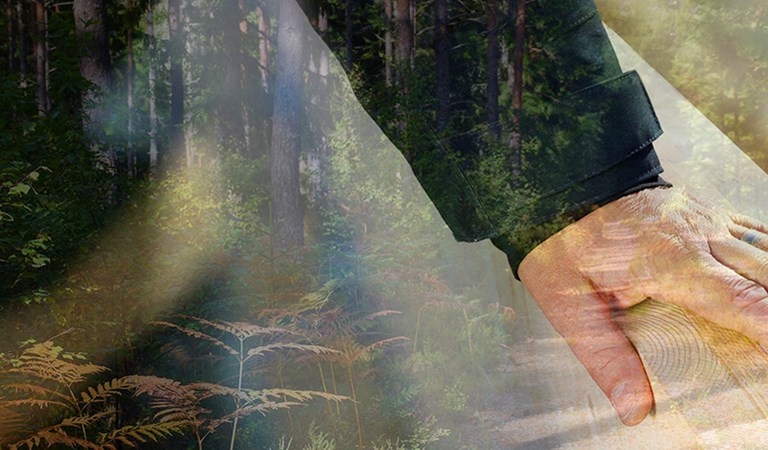 Our vision is a sustainable world. Sustainability means that we, in our entire value chain promote responsible business that promotes human rights, good working conditions, environment and anti-corruption. "

Wood is a sustainable and environmentally friendly material. The backbone of Setra's business is the availability of renewable raw material from the forest, which in the long term places a high demand on responsible forestry. A sustainable business throughout the production chain is also essential to maintain the customers 'and other stakeholders' confidence. For Setra, sustainability issues are a high priority. The overall goal is that all employees have the knowledge and understanding of how they in their professional roles can contribute towards a sustainable business. 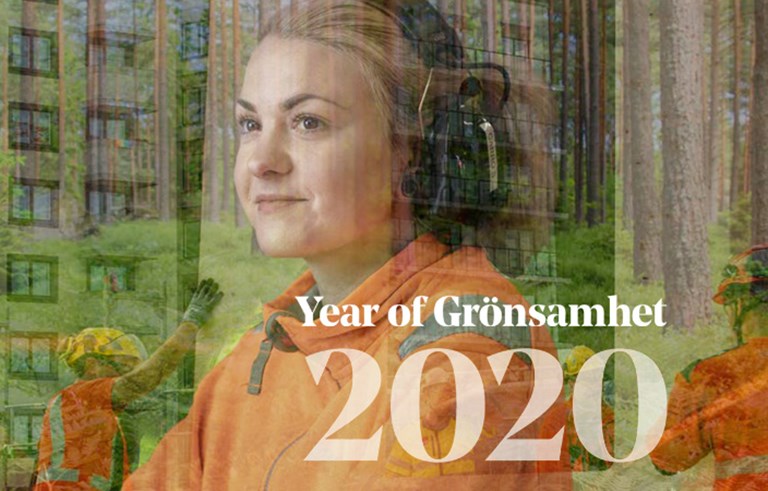 It is out in our production units that the actual environmental and work environment takes place. Setra's environmental management system is used as a tool to manage, plan, control, monitor and evaluate our business operation. Setra is certified according to ISO 14001, which provides a good framework for systematic improvement. The environmental and health and safety issues which are assessed as the most important, become the agenda for further development. To measure environmental performance, Setra uses a number of industry-wide key performance indicators that are monitored twice a year. Working environment issues are important within Setra and creating a safe and stimulating work environment is a priority. Continuous efforts are made to prevent workplace accidents and increase job satisfaction.

In 2013, Setra introduced two new ethics policies: guidelines for gifts, benefits and external representation, as well as policies for compliance with competition law. During that year senior executives and managers all took part in an ethical business training course.

As a major employer in smaller towns, Setra's sites are often locally involved on various issues. This may involve supporting local sports teams or inviting local people to an open house.

In the autumn of 2013, Setra celebrated its 10-year anniversary and in connection with that a partnership with SOS Children's Villages International began. Setra has chosen to support the construction of a new children's village in Vietnam, which is a new and growing market for Setra. The partnership aims to involve Setra's employees. 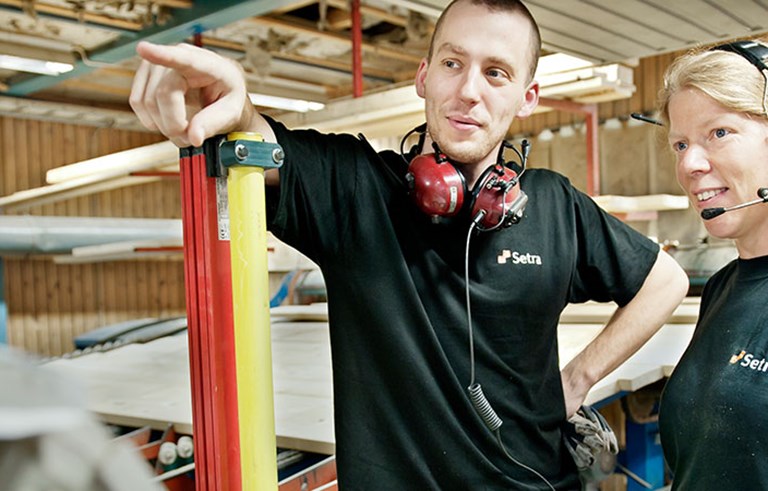 Strengthening and empowering a corporate culture based on shared values is an important factor for increasing Setra's competitiveness. Our long-term work to...
Read more 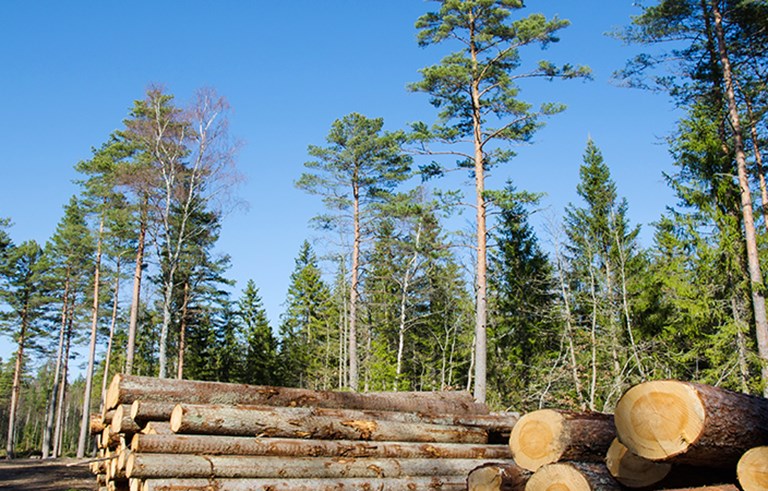 Setra's production consists of the raw materials from spruce and pine, which are further processed into various wood products at our sawmills and processing...
Read more 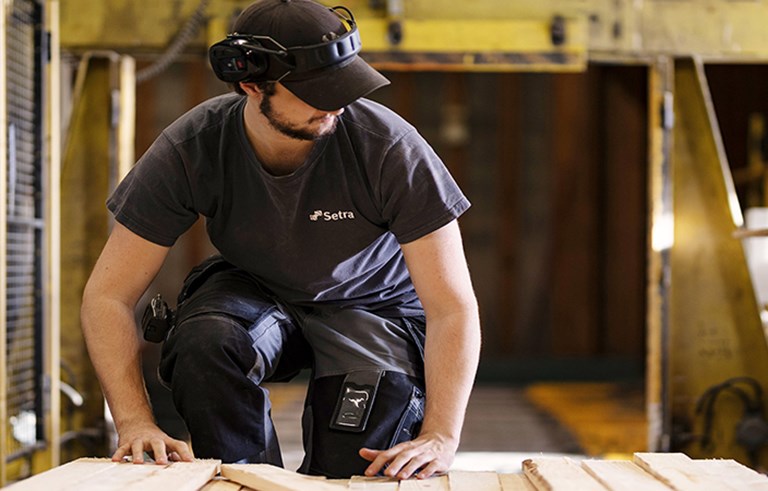 Setra's sawmills and processing units are certified according to environmental standard ISO 14001. The highest priority environmental issues in our units are...
Read more 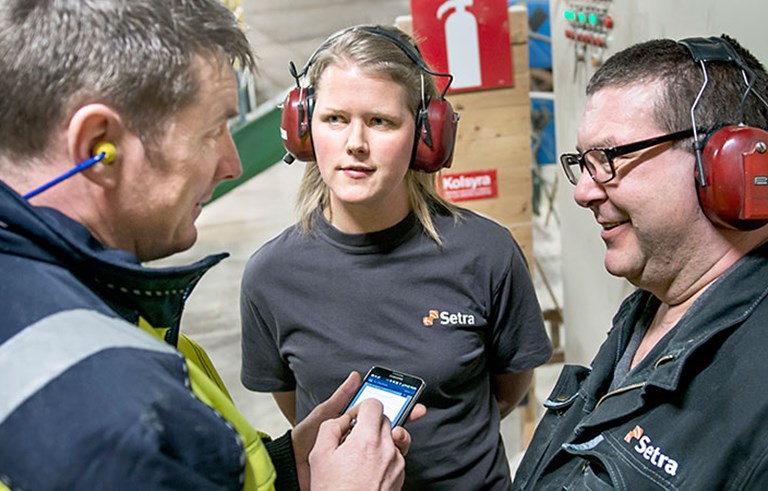 Workplace environment issues are a priority for us at Setra. Investments in perimeter protection, education and employee wellness initiatives are some of the...
Read more 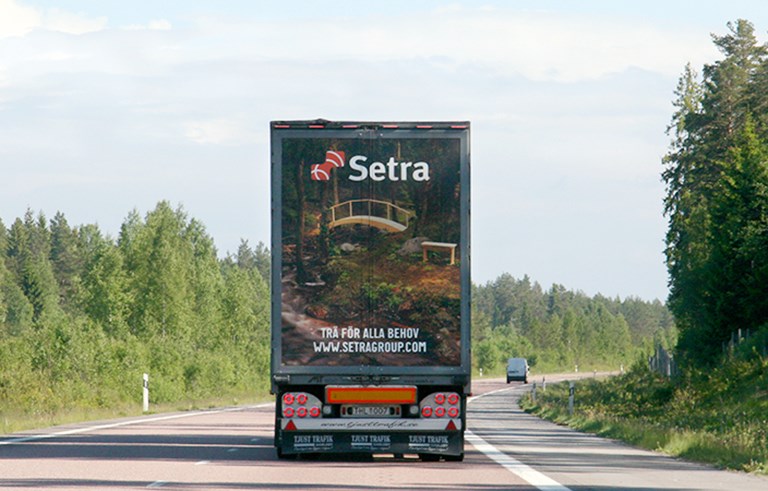 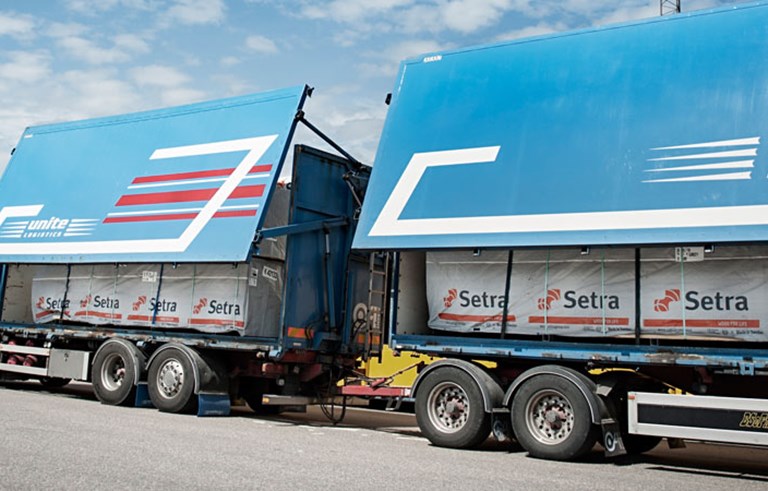 Transport is a part of Setra‘s offering and it is important for us to find efficient logistics. Our transport flows are large and complex. Emissions from...
Read more