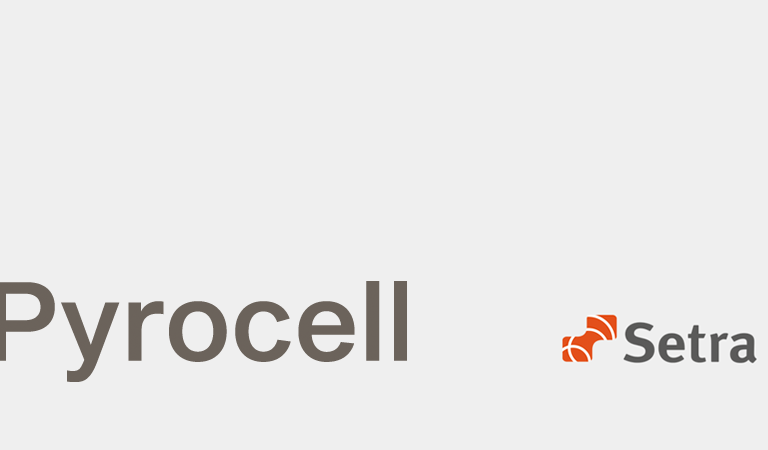 Founded in June 2018, Pyrocell is jointly owned by Preem and Setra. The company's business concept is producing bio-oil from a forestry by-product.

In spring 2019, the company decided to invest in a pyrolysis plant adjacent to Setra's Kastet sawmill in Gavle. Setra has the raw material, sawdust, while Preem has refineries and filling stations. The pyrolysis plant in Kastet creates a strong new value chain for renewable fuels, from forest to tank.

Setra has long been investigating the potential to make greater use of the by-products generated by its sawmills and processing units, primarily chips and sawdust. The aim has been to increase both the economic value and the climate benefit of the products.

In 2016, Setra initiated a feasibility study into bio-oil production based on pyrolysis, the purpose of which was to examine whether a pyrolysis plant could be integrated with the sawmill in Gävle and the nearby combined heat and power plant. This concept formed the basis for the application to Klimatklivet that was submitted in spring 2017. Klimatklivet is a Swedish government funding initiative that supports local and regional measures to reduce emissions of carbon dioxide and other gases that affect the climate. In early summer, Setra received the great news from Klimatklivet that the plant had been granted SEK 117 million in investment aid.

With the investment secured, work began on applying for an environmental permit. Consultations were held in the summer of 2017 and a final application was submitted to the Environmental Permit Office in Dalarna in late December. Following supplementary information and statements, an environmental permit was obtained for the business in October 2018.

Collaboration between Setra and Preem

In parallel, discussions were held between Setra and Preem about a collaboration. A letter ofintent was signed in summer 2016 and the decision to set up a joint company, Pyrocell, followed a year later.

Preem's goal is to promote the development of more sustainable biofuel production. The fuel company has initiated a range of projects and partnerships with various other parties, with a view to finding sustainable raw materials and processing techniques. Converting sawdust into bio-oil at a pyrolysis plant is fully in line with Preem's strategy.

In spring 2019, the boards of Preem and Setra took the final decision to invest in the pyrolysis plant in Gävle. During the summer of 2019, the construction project was staffed and then planning and procurement of the pyrolysis plant and chip management system began. On March 23, 2020, the first shovel of soil was turned and the plant was commissioned during the autumn of 2021.