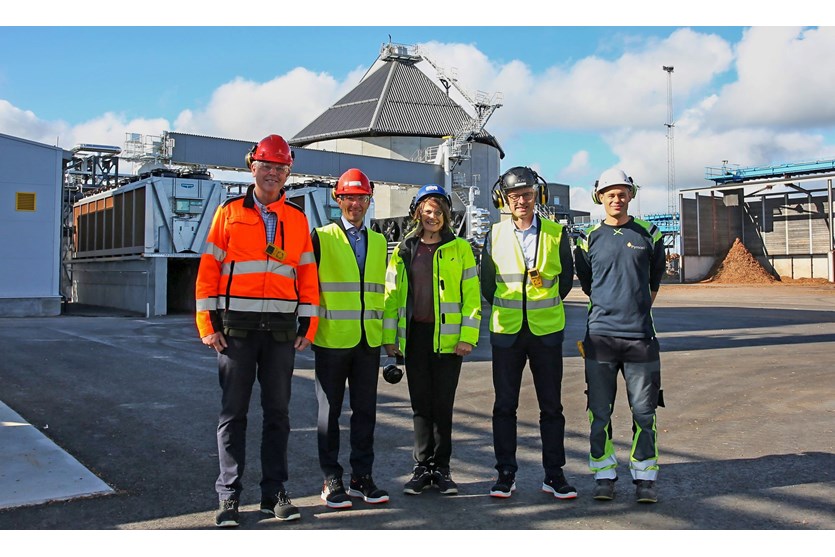 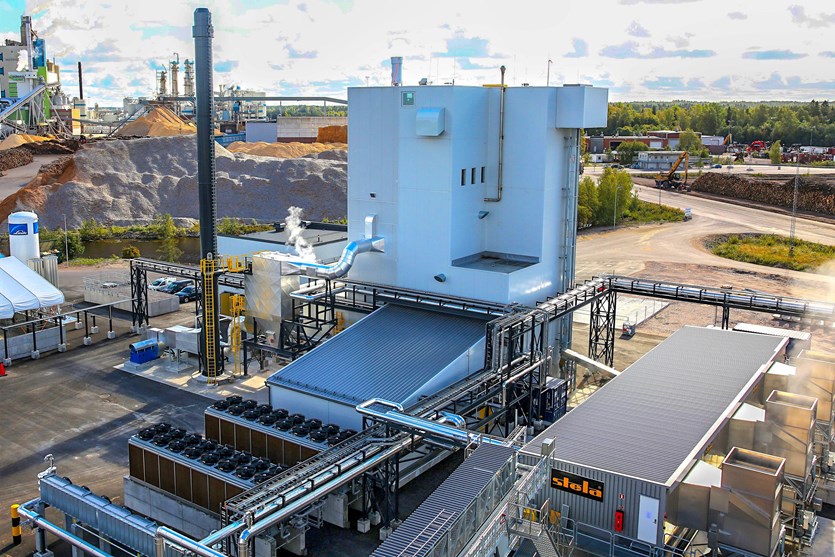 Production is now underway at Pyrocell's plant in Gävle. The new and groundbreaking factory is turning sawdust into bio-oil.

Jointly owned by Setra and Preem, Pyrocell was formed in 2018 based on the business concept of producing bio-oil from sawdust. Production at the groundbreaking plant – Sweden’s first pyrolysis oil plant for biofuels – is now underway.

“It’s brilliant that we have built a brand new factory from scratch and it’s now up and running. We have produced the first oil and we’re very proud of the plant,” says Anders Wigstein, Production Manager at Pyrocell.

Pyrocell’s plant is located at Setra Kastet sawmill in Gävle on Sweden’s Baltic coast. It converts sawdust, a residual product in Setra's industrial process, into non-fossil pyrolysis oil. The pyrolysis oil is then processed further to make renewable diesel and petrol at Preem’s refinery in Lysekil.

“Pyrocell is a unique industrial initiative that enables a sustainable value chain from forest to tank. We replace fossil oil and contribute to an increased share of renewables in fuels, producing lower carbon dioxide emissions," says Pontus Friberg, Executive Chairman of Pyrocell.

The plant will produce around 25,000 tonnes of non-fossil pyrolysis oil per year, equivalent to
the annual fuel consumption of about 17,000 cars.

Pyrocell – from idea to finished factory

Pyrolysis is a process in which a substance is rapidly heated to a high temperature so that the solid material is vaporised and can be condensed into a liquid. Pyrolysis enables waste products from the forest, such as branches, roots, tops and sawdust, to be turned into oil, which can then be refined into renewable petrol and diesel.

About biofuels
In 2018, a total of around 9.5 million cubic metres of fuel was sold in Sweden, of which approximately 1.9 million was biofuel, according to the Swedish Petroleum and Biofuels Institute (SPBI). Around 15 percent of all biofuel was produced in Sweden, with the rest being imported from other countries.

About Pyrocell
Founded in August 2018, Pyrocell is jointly owned by Setra and Preem. The company’s business concept is to produce bio-oil from sawdust. Setra has the raw material, sawdust, while Preem has refineries and filling stations. The pyrolysis oil plant at Setra’s sawmill in Kastet outside Gävle creates a strong new value chain for renewable fuels, from forest to fuel tank.